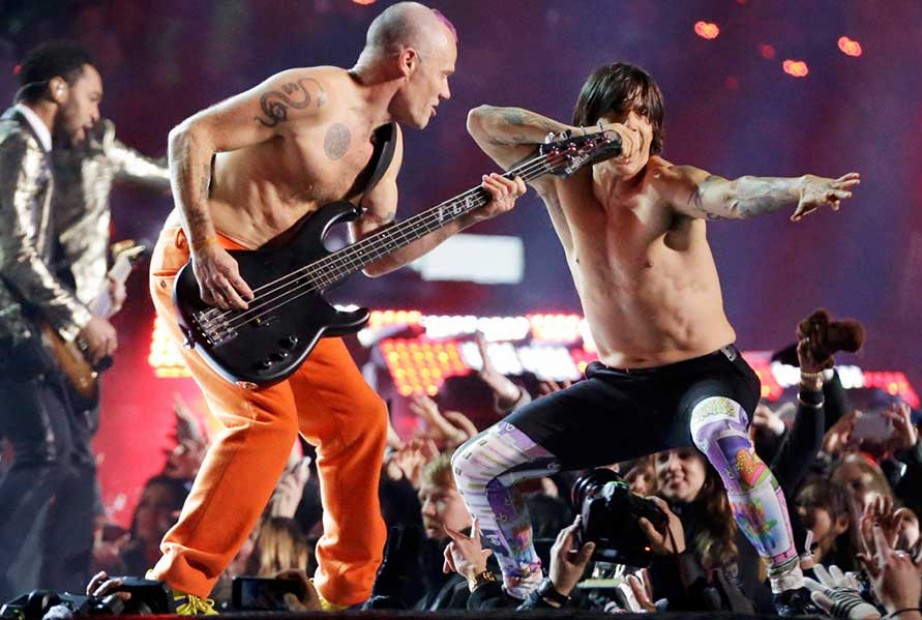 It’s likely that you’re like me inasmuch as you retain fondness for music from your youth. Of course, there comes a time when one simply must grow up, but that hardly means abandoning everything that made you oh so happy during those awkward teenage years and early fumbles into adulthood. For males—if I may generalize a bit—those fumbles last way too long, thus the prevalence of 38-year-old dudes in Sublime T-shirts.

My Spotify playlist is not short on Slayer. Or Pig Destroyer. Or The Dead Milkmen. Spotify is as much a tool for discovering new (to me) music as it is a supplier of dopamine via nostalgia. But there are some bands that I’ve just outgrown. And while it’s not my place to suggest that you outgrow them too, I might ask: can you really defend this band?

My god, Red Hot Chili Peppers suck. And I don’t just mean that they suck your kiss. And let’s talk about that song for a second. It’s reason #1 that I stopped listening to this band. Prior to Blood Sugar Sex Magik, I was heavily into RHCP. Mother’s Milk and Freaky Styley were my favorite records, Uplift Mofo Party Plan somewhere up there as well. Three solid records, in my callow view. The band was raunchy and stupid, and I was 20. A perfect pair (not a tit joke, despite the fact that, you know, I’m discussing the fuckin’ Peppers). I drove to the Chicago Ridge Mall to pick up a copy of the last RHCP record I’d ever buy—the one where they spell Magic “Magik”—popped in the cassette (those were the days!) and rode back home to the strains of the saddest, slickest, dumbest thing I’d ever heard.

It’s not that Blood Sugar Sex Magik is a departure for the RHCP. It has that whole punk-funk thing in spades. The only differences between it and the previous records are that this one is really long with waaaaay too many songs and that some of those songs are serious, or as serious as a song can be from a band called Red Hot Chili Peppers. Okay, sure, Anthony Kiedis was working some shit out with “Under the Bridge” and, I dunno, trying for once to be sympathetic to women on “Breaking the Girl”, and good on him for trying, I guess. But, you know, hard to take these stabs at profundity seriously when they’re paired with “Suck My Kiss”, which remains the stupidest fucking thing I’ve ever heard. And I’m well aware that “Muskrat Love” exists.

“Suck My Kiss” sums up this band: seems kinda edgy when you first hear it, but quickly becomes irksome. And, frankly, embarrassing. Not just for them; the listener is embarrassed as well. It’s a song that does nothing good for anyone. A 3 minute 39 second squirm is one appropriate response, the other being an eye roll. The riff is. . . fine, though hardly impressive, especially as it comes from a band that people constantly tell me is populated with good musicians. The lyrics though. . . insufferably dumb, salacious only if you’ve never actually had sex, and delivered in the quintessential white boy rap style that plagued the early 90s. Thankfully white people have grown up and stopped rapping and slapping their bass guitars. Well, most of us have.

I won’t go into “Sir Psycho Sexy”. But seriously: shame on everyone involved with that song.

So yeah, Blood Sugar Sex Magic (let’s spell it correctly, guys—you’re not Aleister Crowley) was the record that made me rethink my interest in a band that uses a close-up of an asshole as their logo. The question being: can I defend this band? The answer, unequivocally: no.

One last thing about Anthony Kiedis:

Without a doubt, he’s the biggest douchebag in rock and roll, and that’s saying something. I think I might be able to stomach RHCP were he not involved with them. Those early records buried his vocals a bit, which is why they were tolerable, but the clearer his voice in the mix, the worse the effect. Who told him he can sing anyway? It’s a bit of a shame that his strength is white boy rap, because that should not be anyone’s strength. Case-in-point, my favorite band: Mr. Bungle, fronted by Mike Patton who certainly has some sins on record. But Patton’s more than atoned for Faith No More’s “Epic” through decades’ of incredible music. And he can fucking sing. But Kiedis has always had beef with Patton, as he accused Patton of stealing his act. And you know what, maybe there’s a valid claim that the early work of Patton has some RHCP DNA in it, but, um, Anthony. . . have you heard your records? So, you invented funk music? Nothing derivative on Freaky Styley?

Anyway, years after Patton had established himself as an adventurous, multifaceted vocalist, and after Mr. Bungle released three records full of composition and musicianship RHCP couldn’t touch on their best day, Kiedis was still holding a grudge, so much so that he got Mr. Bungle kicked off a series of festival gigs. Keep in mind that RHCP were one of the biggest bands in the world and Mr. Bungle was not. It’s never a good look for a middle-aged millionaire to throw hissy fits or be the petty Goliath. Ask Lars Ulrich. Bungle being Bungle, they retaliated hilariously by dressing up as the Chili Peppers, mocking their drug use on stage, and playing a bunch of their songs to prove how easy they are to learn and perform. No one, save for the audience of that Michigan concert, knew about it, until the bootleg of that show leaked (YouTube has the whole thing—worth a watch). And thank you to the bootlegger for capturing that mockery and reminding me that the Chili Peppers are laughably overrated and, at best, a juvenile joke I thought was funny when I was a younger man. Oh, to be a kid again. Actually. . . nah. I’m happier now, and my music collection is better.

Republished on Delìrivm Còrdia with the permission of the author.

Check out Vincent Francone‘s website, with texts and podcasts on a variety of subjects more or less related to music.