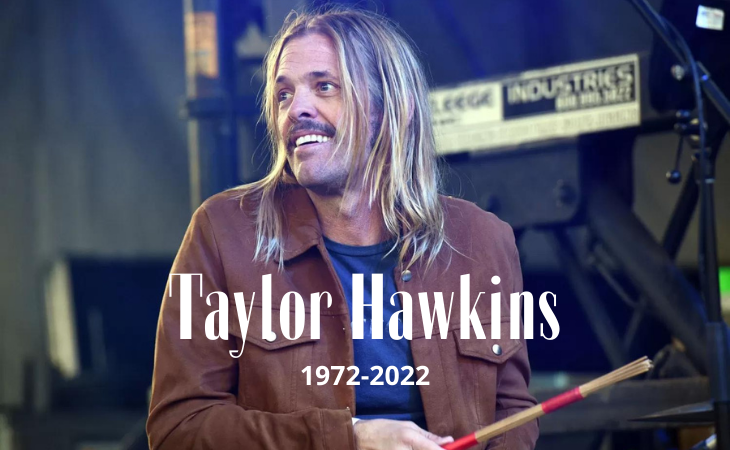 Oliver Taylor Hawkins (February 17, 1972 – March 25, 2022) was an American musician, widely known as the drummer for the rock band Foo Fighters, with whom he recorded eight studio albums between 1999 and 2021. Before joining the band in 1997, he was the touring drummer for Sass Jordan and for Alanis Morissette, as well as the drummer in the progressive experimental band Sylvia.

In 2004, Hawkins formed his own side project, Taylor Hawkins and the Coattail Riders, in which he played drums and sang, releasing three studio albums between 2006 and 2019. In 2021, he formed the supergroup NHC with Jane’s Addiction members Dave Navarro and Chris Chaney, where he also took on lead vocal and drumming duties. The band’s sole album is due for release in 2022.

Hawkins was inducted into the Rock and Roll Hall of Fame in 2021 as a member of Foo Fighters. He was voted “Best Rock Drummer” in 2005 by the British drumming magazine Rhythm.