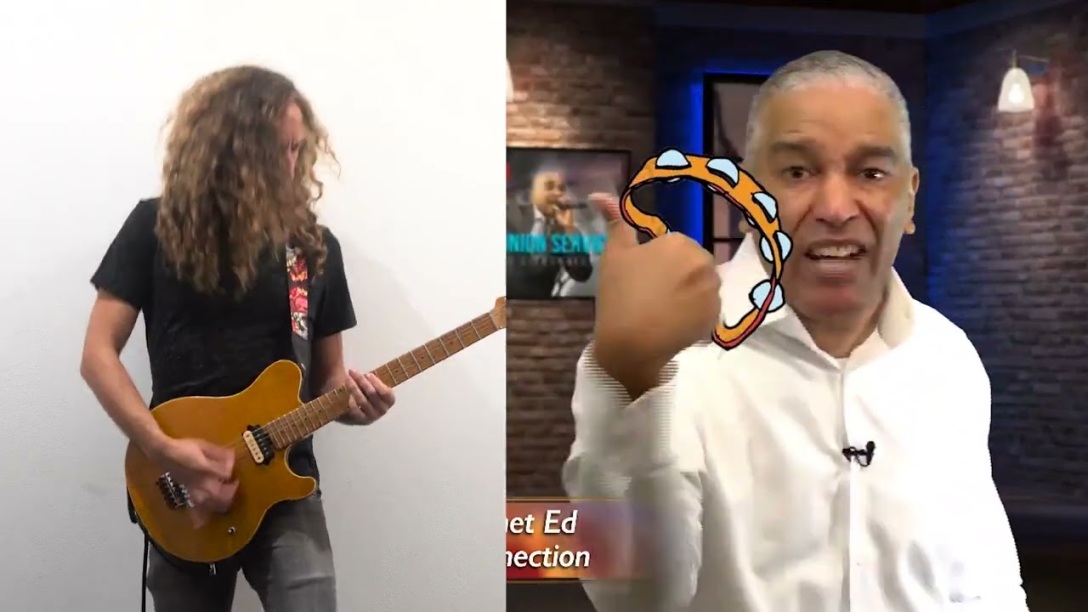 Portuguese guitarist and YouTuber André Antunes has transformed a televangelist’s hysterical speech in tongues into a fine heavy metal tune. The song title is “Spirit of Fear”.

Andre Antunes is a Portuguese guitarist, best-known for his electric guitar covers of classical and pop tunes. Last month, he arranged and uploaded a medley paying homage to 10 great Russian composers, from Dmitri Shostakovich to Tchaikovsky.

The guitarist shot to prominence back in 2015 when his rock re-imagining of Daft Punk’s Get Lucky went viral. In the video, Antunes performed the track in the style of 10 of rock’s most iconic guitar players, from Slash to Eddie Van Halen.