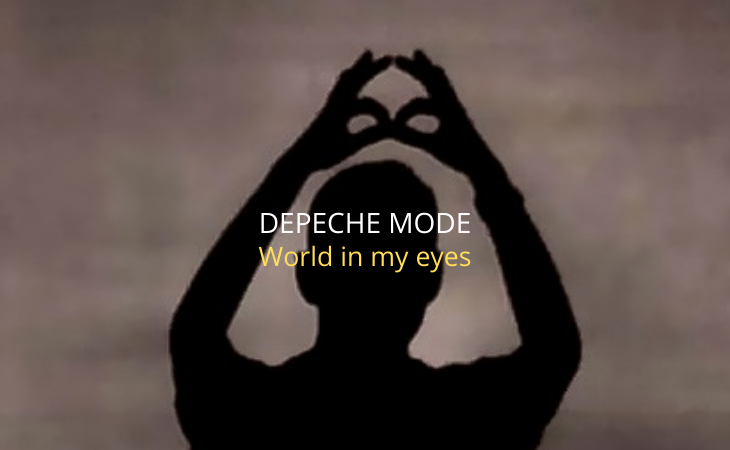 The “World In My Eyes” music video was directed by Anton Corbijn. Taken from the Violator album (1990).

Let me put you on a ship
On a long, long trip
Your lips close to my lips

Let me show you the world in my eyes

Video is an integral expression of Depeche Mode’s artistry. The band have released over 50 music videos and multiple critically-acclaimed concert films, working with award-winning directors including Anton Corbijn and D.A. Pennebaker. One of the most respected, innovative, and best-selling musical acts today, Depeche Mode have sold over 100 million records and played live to more than 30 million fans around the world. Depeche Mode – Martin Gore, Dave Gahan, and Andy Fletcher – continue to win critical and commercial acclaim both in the studio and on the road, with innumerable musicians citing them as inspirations. The band’s 14 studio albums have reached the Top Ten in over 20 countries, including the US and UK. Their latest studio album, 2017’s Spirit, debuted at #5 on the Billboard 200 and the UK album charts (becoming their 17th Top 10 UK album), and launched a world tour that saw the band play to more than 3.5 million fans.