Shane Hawkins joined Foo Fighters as drummer to perform "My Hero" at the Taylor Hawkins Tribute Concert. https://www.youtube.com/watch?v=P2KnD7sfpoA Too alarmin' now to talk aboutTake your pictures down and shake it outTruth or consequence, say it aloudUse that evidence, race it around There goes my heroWatch him as he goesThere goes my heroHe's ordinary Don't the… END_OF_DOCUMENT_TOKEN_TO_BE_REPLACED

As drummer for the Foo Fighters for over 20 years, Taylor Hawkins has drummed his way through everything from Reading & Leeds Festival, to Radio 1 Live Lounges to sell out stadium shows. But what does it take to become a drummer? What inspires someone to pick up a pair of drumsticks in the first… END_OF_DOCUMENT_TOKEN_TO_BE_REPLACED

Stewart Copeland explores why drums are essential to modern popular music and how they remain, across the world, the consistent force behind musical evolution. https://www.youtube.com/watch?v=TBmaCGD1FxY Stewart Copeland (born July 16, 1952) is an American musician and composer. He rose to prominence as the drummer of the British rock band The Police. He has also produced… END_OF_DOCUMENT_TOKEN_TO_BE_REPLACED 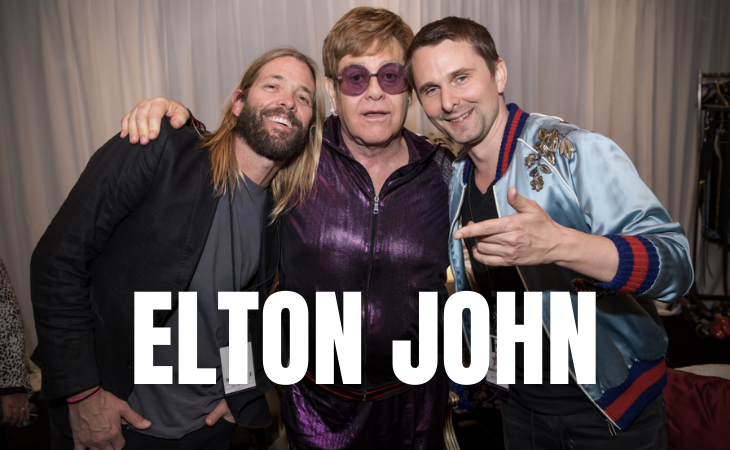 https://www.youtube.com/watch?v=YSW-ynm6Ses I can't light no more of your darknessAll my pictures seem to fade to black and whiteI'm growing tired, and time stands still before meFrozen here on the ladder of my life Too late to save yourself from fallingTake a chance and change your way of lifeBut you misread my meaning when I met… END_OF_DOCUMENT_TOKEN_TO_BE_REPLACED

Oliver Taylor Hawkins (February 17, 1972 – March 25, 2022) was an American musician, widely known as the drummer for the rock band Foo Fighters, with whom he recorded eight studio albums between 1999 and 2021. Before joining the band in 1997, he was the touring drummer for Sass Jordan and for Alanis Morissette, as… END_OF_DOCUMENT_TOKEN_TO_BE_REPLACED