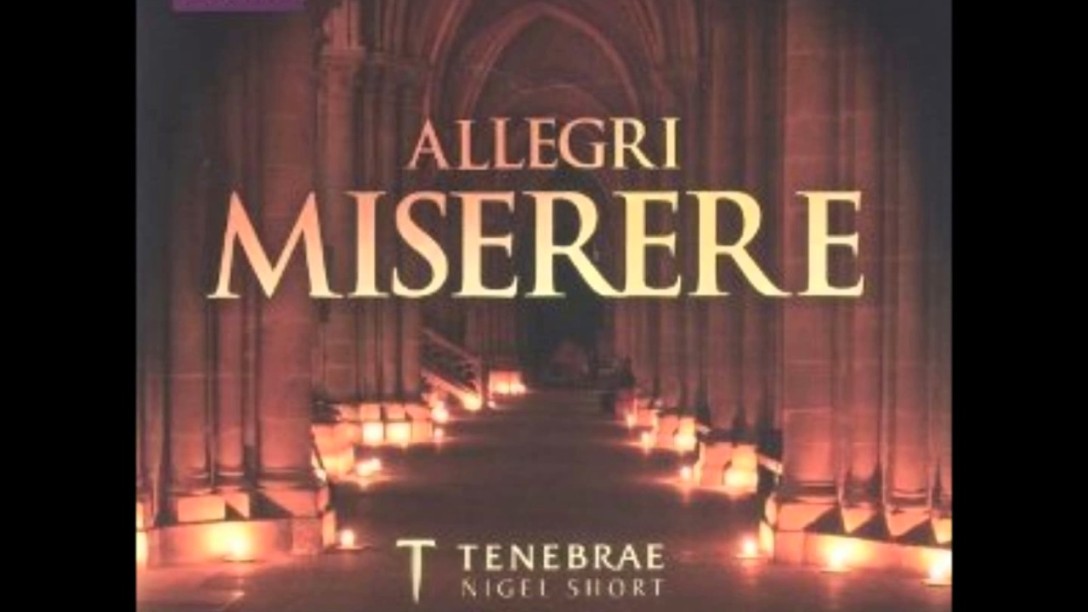 Miserere (full title: Miserere mei, Deus, Latin for “Have mercy on me, O God”) is a setting of Psalm 51 by Italian composer Gregorio Allegri. It was composed during the reign of Pope Urban VIII, probably during the 1630s, for the exclusive use of the Sistine Chapel during the Tenebrae services of Holy Week, and its mystique was increased by unwritten performance traditions and ornamentation. It is written for two choirs, of five and four voices respectively, singing alternately and joining to sing the ending in 9-part polyphony.

Tenebrae has experienced devastating loss of income during the COVID-19 pandemic. If you enjoyed this film, the ‘Tenebrae Unlocked’ series of virtual concerts is available to watch online – helping us to continue to provide work for our freelance musicians: https://www.tenebrae-choir.com/films

Allegri’s Miserere was filmed at St Bartholomew the Great, London

"Why go to Plato, when a saxophone can give us an equally good glimpse of another world?"

“Some were born to sing, some to dance, and some were born simply to be others. I was born to be silent. My only vocation is silence. It was my father who explained it to me: I have an inclination not to speak, but a talent for refining silences. I write silences well, in the plural. Yes, because there is not one single silence. And every silence is music in a state of pregnancy.”